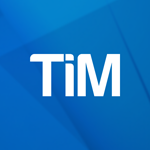 
The national broadcaster is not only update all your radio stations and television channels names, adding to the three letters of the LRT, and unifies all the logo and changing vignettes. Television viewers can now see the new logo. This is a dynamic cube combination of letters and the LRT, which is now a national broadcaster in respect of all products - three television channels, three radio programs and the Internet.

Speaking of change, managing director Audrius Siaurusevičius emphasizes that the LRT does not refuse anything, but just refreshes and goes back to what is established by law, in which the national broadcaster, and is called - the LRT, the Lithuanian National Radio and Television. And speaking of logos, the old, he said, was outdated.

"Since Friday evening, all heard the broadcast of LRT, and what she had done all the time, because the Lithuanian National Radio and Television is the official name of our institution. But our media - three television and three radio stations and Web site - called differently. Now we renew, we come back and fix what is - Lithuanian Radio and Television (LRT).

About how often speaks on the national broadcaster. Thus, a good coincidence that the LRT can encrypt and otherwise - Republic of Lithuania, the broadcaster, "- said the head of the LRT.

Why is the renewal going on now?

Radio and Television of the specifics that need to innovate a little every day. Every day we read of new knowledge, we show something new. Once upon a time to upgrade, because of television vignettes have been really out of date. In addition, there will be more clarity when it comes to us. If they say "Opus," that we know that this is the LRT, if we say "classic" - also know that the LRT. Just as viewers, who will join our three televisions, all three channels will see the letters of the LRT.

The need to innovate and the idea was born out in our official name, turning it into a brand. This is not a major innovation. The LRT was the badge back in 2001, he was a little different, but it existed. Then it was chosen for the other direction was the development of a second channel was called just two of LTV, then appeared in "LTV World.

"LTV World," the problem is that the LTV is the official name of the Latvian television, because Latvia is one of the countries where the TV and radio, the two public broadcasters are separate organizations. European Broadcasting Union, we have always been the LRT and the Latvians were the LTV.

The main thing that is changing - all the characters names appear LRT.

This is our idea. We support a wide variety of cultural and other events, and there appears different names. Now, if any sponsor classical music concert will be a "Classic", all will be able to show that the LRT is classic. The division names are not always identifiable people that this is the same thing, same LRT. We want that now, wherever you go, must agree to the LRT. The more that we have moved into phones, tablet computers. Thus, the LRT with the letters easier to just look.

As the name "LTV World, non-Lithuanians, he says nothing. It will now be the name of the LRT Lituanica you just saw on the screen, provided some kind of information. Kuriozinį and had the case when the Turkish and Iraqi Kurdish wrote, he saw a satellite of our program. It was hard to figure out what the country had so long to navigate the Internet that išsišifruotų.

You mentioned the LRT classics. It can be assumed that the station does not lose anything in its name, just contribute three letters. However, the Lithuanian Radio and Lithuanian TV "- names which will not?

We need to think about the fact that this is one organization, no radio and no television, the LRT. The staff and I try to install that they understand that working in one office. Anyway, all of us, on both radio and TV, we meet our portal where we become the LRT. Here, of course, a psychological thing. With regard to the wildest ideas, which implemented in some European countries, it is common for radio, television and news portal service. It has its pluses and minuses, but the modern journalist should in principle be versatile. Such synergy and cooperation between the radio and television we are still missing, but this must be done. And this is just to make adaptation to the idea that this is the LRT, and all the work for the same broadcaster can only perform slightly different functions.

In any case, modern trends clearly indicate where you are traveling radio and television - on the way to the Internet. As the experience of the European Broadcasting Union, all countries where radio and TV is a joint organization, all more or less so then.

Lithuanian Radio and TV, and yet always had a special spirit, especially bearing in mind that for decades had to undergo various, for example, the Movement of previous periods in which radio and television played a special role.

This function will continue, because at that time it has never been a separate organization. During the Soviet era was called "Radio and Television Committee, but was never alone. There has always been the LRT and even in 2001 there was such a thing, our official sign that you could see on the screen.

Do you own is a bit unfortunate to say goodbye?

I'm not sorry, because I have nothing to (...). And nobody (...). There are perhaps other, stranger thing, the official name of the LRT was called somewhat differently by different names. I think there was some discrepancy.

In this respect, as informed viewers, listeners, looking at the world's corporate history can be found instances where customers are prepared for a long time and told them: "Here we are affects the a change in our logo, our name will change."

When changing the name appropriate. However, in this case it does not change. We are everywhere in the LRT. Several years ago the survey, which revealed that as people equate us with the LRT. This is now just need to be reinforced. No need to hide the fact that Opus is the LRT radio. In this case the name does not change, but says only what is and is there. Only for some reason it was divided, and everywhere it has been said. But this only causes more confusion. Here is a paradox. TV and radio was born near the radio, but now much of our body is called just "TV", without any additives. I think that the appearance of characters on the screen and just remind you that this is not just television, but also three radio stations. The emergence of the mark not only on the screen, but in all promotional campaigns, the media reinforce. Because radio is often forgotten. The analysis comes to television, like radio did not exist. We want to remind the contrary, that there are substantial, and that we are a lot of the LRT.

With regard to monetary matters, and many who will say and have said, when some information has emerged in the media that the national broadcaster this (...) high cost.

You can say that in fact will cost, but the matter has been turned on a lot of internal resources. As a result, we found a way to do that now. I would say that now that the presence of seven different characters as well as cost. Even such simple things: someone to support, occurred the question of the sign, for their support and especially radio and television. I think it is an investment that should pay off.

Now, should not discuss it, one must simply visually innovate in their own time if the LRT is not refused. However, it was abandoned, apparently there was some reasons. But our law there is no other name, just this - the Lithuanian Radio and Television. And all the calls in different ways. Another radio program "Classic" name is understood, but the second TV channel, everyone says, "Your culture channel, while the second call. So who knows why he second. It is just a television channel, which has its own audience, their tasks, and so on.

No matter how you ought to say that there are no big changes here to return to what is written in the law, it is still (...) is something that everyone will notice. What happens if after a while you will notice that it does not work?

The easiest way to do anything. I always like to answer the question: "And do you have to be worse than now?" In my opinion, it is difficult to visualize. It was chaos in the system. In the event of something new, add a title. There will be skeptics, the critics, but can excel in the end, never friendly to innovate. After some time can be improved. But I think that to do nothing further was not possible because both morally and physically it was outdated. Some steps we needed to upgrade.

I think these steps are not the last. There is still room for improvement in our work, how to achieve greater cooperation among the various disciplines. Now, saving the concert, we can broadcast the same record both TV and radio. There are many other things where the whole body of co-operation can achieve much better results. The most important goal - to give the most high-quality program that meets the expectations of society. Everything else - just tools. 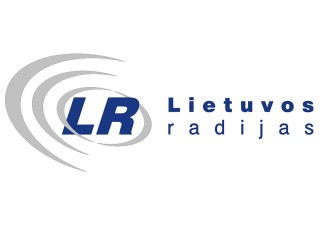